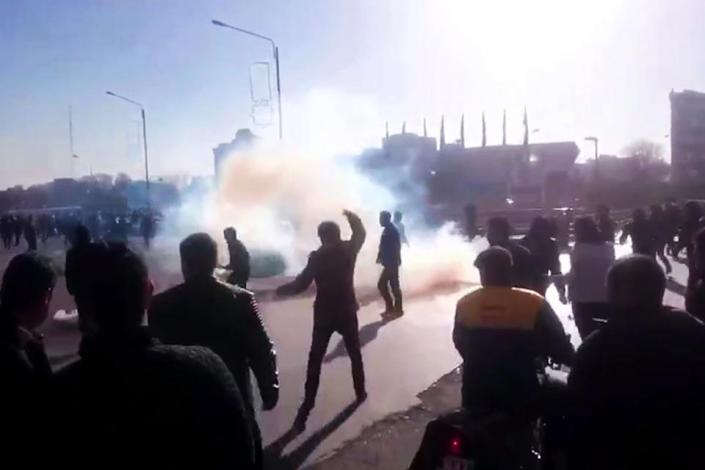 In the past few days in different cities of Iran, we have witnessed a vast and massive gatherings of people’s protest to the centers of power and symbols of the Islamic Republic of Iran by  people.

In addition to suppressing, arresting, beatings and firing tear gas, the Islamic regime tried to prevent protest rallies by using water sprinklers. The Islamic Republic, which has survived only by the slaughter and repression of the people, is submissively trying to reduce the energy of the social explosion in various ways.

In recent days, dozens of protesters have killed, hundreds have been injured and thousands have been arrested or subjected to arrest.