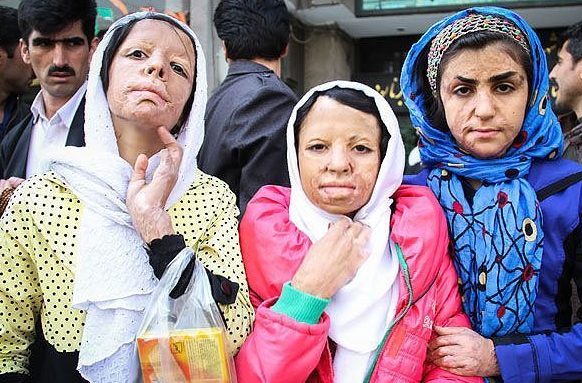 A lawyer in Iran is speaking out about sexism in the country’s legal code after the families of two children who died in a fire at an elementary school were denied full compensation because the victims were girls.

“In the case of the two innocent girls who died from burns in this terrible incident, the Diyah allocated for them has been cut in half because of their gender,” Hossein Ahmadiniaz, a lawyer representing victims of the fire, told the Center for Human Rights in Iran (CHRI) on December 9, 2017. “That’s discriminatory and unfair.”

According to Islamic law, Diyah, known as “blood money” in English, is paid as financial compensation to the victim or heirs of a victim in the cases of murder, bodily harm, or property damage.

“The religious leaders should keep in mind that we are not in seventh-century Saudi Arabia. We are in the 21st century. In progressive societies, women work side-by-side with men,” said Ahmadiniaz.

He added that Iran’s Islamic Penal Code must be revised to prevent future cases of injustice against females.

Ahmadiniaz is the legal counsel for the families of Siran Yeganeh and Saria Rasoulzadeh, two young girls who died in a fire at a public school in the village of Shinabad, West Azerbaijan Province, in December 2012.

A faulty substandard heater was determined to be the cause of the fire, which left burns on nearly 30 children. Many of the burns were so serious that the children continue to require reconstructive surgery five years after the event.

Ahmadiniaz told CHRI that his clients have still not received any compensation from the government.

“All women in Iran face this discrimination when they are in an accident,” he said.

“Article 20 of the Constitution clearly states that there should be no inequality between men and women and Article 21 states that the government should facilitate gender equality,” he said.

“However,” Ahmadiniaz said, “we are still witnessing inequality between the sexes.”

Ahmadiniaz said some of his other clients are experiencing similar problems caused by the gender discrimination contained in Iran’s penal code.

In May 2012, two young women, Monia Yousefi and Roxana Iravani, fell and died when the “Crazy Mouse” ride malfunctioned in the state-owned Eram amusement park in Tehran.

“The government is completely liable for the incidents at Eram Park and inShinabad and must take steps to provide treatment for the survivors and equal compensation to the families of the dead,” Ahmadiniaz told CHRI.

“A human being’s worth in Iran is much, much less than what is accepted in Europe and the US where victims can collect millions of dollars for police brutality,” he said. “In Iran, the maximum amount of blood money is 250 million tomans [approximately $71,700 USD], which is cut in half for women.”