Ongoing attempts by hardline officials in Iran to stifle freedom of expression in the country have escalated into a criminal investigation targeting media workers living and working outside its borders.

On October 25, 2017, the BBC World Service made an urgent appeal to the United Nations, asking it to investigate a court order and injunction by Iran’s judiciary freezing the assets of 152 BBC Persian staff, current and former, for allegedly engaging in “conspiracy against national security” in Iran and abroad.

The BBC requested that the UN investigate the incident and advise Iran on how to remedy what the BBC listed as multiple breaches of Iran’s obligations under various international treaties.

“The Iranian government is conducting what appears to be a politically motivated investigation into 152 BBC Persian staff, former staff and contributors, accusing them of conspiracy against national security in Iran,” said Tony Hall, the director general of the BBC, in a statement on October 25. “This is an unprecedented collective punishment of journalists who are simply doing their jobs.”

“This is not just a campaign against BBC Persian staff, but against fundamental human rights, and the BBC calls on the government of Iran to end this legal action immediately,” he added.

The injunction is set to expire in December 2017, at the end of a criminal investigation by the Iranian authorities into allegations that the defendants engaged in “collaboration and conspiracy to commit crimes against national security,” according to the BBC’s statement.

“Iran is setting a dangerous precedent by attempting to silence the voices of potential critics based abroad by creating a criminal record for them in absentia,” said Hadi Ghaemi, the executive director of the Center for Human Rights in Iran (CHRI).

“If European and other countries with business leverage over Iran don’t speak out now, they will be leaving the door open for hardline state actors to execute aggressive policies against freedom of speech of all Iranian nationals in democratic countries where such rights are guaranteed,” he added.

The injunction against the transfer or registration of assets by Iranian citizens based abroad or by anyone on their behalf follows a pattern of intimidation, harassment, and arrests of BBC Persian Service staff and their family members.

“This mass assault on freedom of expression, in the making since 2009 by Iran’s intelligence and security establishment, is intended to make criticizing the Iranian state very costly for Iranian nationals working abroad,” said Ghaemi.

The court order is the result of targeted efforts by Iran’s security establishment to eliminate BBC Persian’s reach and impact in the country. The campaign began with the jamming of the BBC’s satellite signals in Iran and the expelling of reporters based in the country after its tumultuous 2009 presidential election.

The BBC angered Iranian authorities with its coverage of the widespread protests against the disputed election results, which brought Mahmoud Ahmadinejad a second term in office, and the state repression that followed.

BBC Persian Television is broadcast by satellite and is available online for the 100 million Persian speakers in Iran, Afghanistan, and Tajikistan. The BBC World Service’s latest figures show it has an audience of 13 million in Iran.

BBC Persian staff members have been subjected to hacking attempts and defamation campaigns intended to reduce their popularity among Iranian citizens.

The family members of suspected BBC Persian staffers have also been harassed and intimidated with threats of arrest, and prevented from selling property on behalf of the BBC workers.

Some of the defendants in the Iranian court order are dual nationals. In September 2016, Iranian-British dual citizen Nazanin Zaghari Ratcliffe was sentenced to five years in prison in part for allegedly working with the BBC.

“The Iranian state has long suppressed freedom of speech and the media inside Iran and is now concentrating its efforts on suppressing it outside Iran’s borders,” said Ghaemi. “Looking the other way will only pave the way for many more unjust cases like that of Nazanin Zaghari-Ratcliffe.” 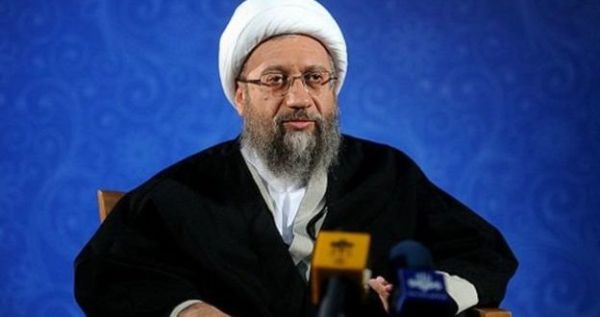