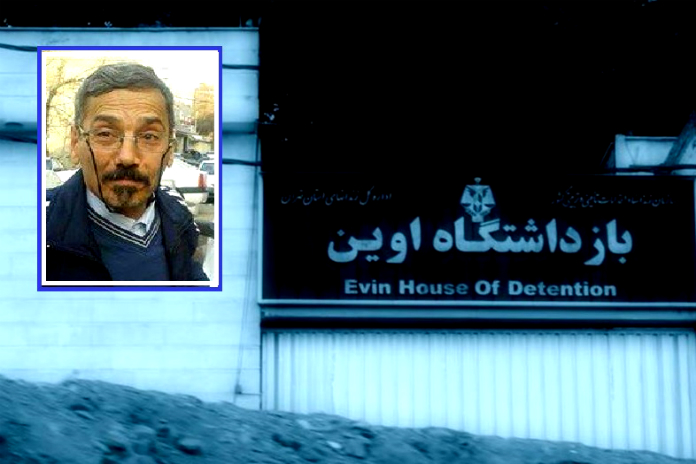 Imprisoned Teacher’s Rights Activist: I am Legally Entitled to a Public Trial

An imprisoned teachers’ rights activist has been refusing food and water, pledging to continue his hunger strike until his 14-year combined prison sentence is reviewed in a public trial.

Mahmoud Beheshti-Langroudi, the former spokesman for the Iranian Teachers’ Trade Association (ITTA), was taken to Evin Prison in Tehran on September 12, 2017, to serve the sentences that were issued for his peaceful defense of labor rights.

“I have warned the Tehran prosecutor’s office that I will go on a dry hunger strike the day I am returned to prison,” wrote Beheshti-Langroudi in a post on the Telegram messaging network on August 28, 2017.

“I am a teacher and a trade union activist and board member of the Teachers’ Trade Association, a lawful organization,” he added.

Beheshti-Langroudi believes the charges that he was convicted of during a closed-door brief trial are politically motivated.

“My demand is completely lawful,” he said in an interview published on the Hoghough Moaelm va Karegar [Teachers’ and Workers’ Rights] website on the day of his return to prison. “Based on Article 168 of the Constitution, cases like mine should be tried in public in an open court in the presence of a jury.”

Based on Article 168, “Political and press offenses will be tried openly and in the presence of a jury, in courts of justice.”

“What we are witnessing in the revolutionary courts, such as the sentences against me, which were issued in a closed session in a matter of minutes, are in no way compatible with Article 168,” he added in the interview.

Beheshti-Langroudi also wrote on Telegram that his convictions are primarily due to charges brought against him by the Intelligence Ministry when it operated under conservative president Mahmoud Ahmadinejad (2005-13) before centrist President Hassan Rouhani came to power in 2013.

“I was expecting the Intelligence Ministry to stop persecuting political and civil rights activists [under Rouhani], but my summons and other recent harsh actions show that nothing has changed,” he said.

The Revolutionary Court in Tehran has sentenced the 57-year-old to prison three separate times during the past 10 years.

He was previously arrested on September 6, 2015, to begin serving his sentences, but was released in May 2016 after going on a 22-day hunger strike.

Labor activism in Iran is seen as a national security offense; independent labor unions are not allowed to function, strikers are often fired and risk arrest, and labor leaders are consistently prosecuted under catchall national security charges and sentenced to long prison terms.

Independent unions are not allowed to operate in Iran, strikers often lose their jobs and risk arrest, and labor leaders who attempt to organize workers and bargain collectively are prosecuted under national security charges and sentenced to long prison sentences.

Abdolfattah Soltani, who spent most of his legal career defending political prisoners before becoming one himself, continues to be denied parole and adequate medical treatment as he enters his seventh year in prison, his daughter told the Center for Human Rights in Iran (CHRI).

“By law, my father should have been freed three years ago after serving a third of his 10-year prison sentence,” said Maede Soltani on September 10, 2017.

“However, the judiciary has prevented this without any clear reason,” said Maede Soltani, who lives in Germany. “They don’t want him to go free only because he insists on his rights and innocence. The judiciary isn’t impartial or independent. The real decision-maker is the Intelligence Ministry.”

The 63-year-old prominent human rights lawyer has been behind bars since 2011, serving a 13-year prison sentence for “being awarded the [2009] Nuremberg International Human Rights Award,” “interviewing with media about his clients’ cases,” and “co-founding the Defenders of Human Rights Center.”

According to Maede Soltani, her grandmother, Masoumeh Dehghan, was explicitly told by a judicial official that the Intelligence Ministry, as the arresting authority, opposes releasing the attorney despite his eligibility for parole and the fact he’s in poor health.

She added that officials are upset that prominent activists visited Soltani when he was granted medical furlough (temporary leave) in the past.

“It’s a violation of the law and unreasonable to ask why political opposition figures or critics [of the government] came to see him while he was on leave,” she said. “We can’t close the door to our home to visiting friends and colleagues.”

Article 58 of Iran’s Islamic Penal Code allows prisoners to be conditionally released after serving a third of their sentence.

“During his six years in prison, my father has been suffering from problems in his digestive tract, blood pressure fluctuations, and anemia, neither of which existed before he was incarcerated,” Maede Soltani told CHRI.

“Even the doctors have said that his health issues are due to his imprisonment and he needs medical care and rest,” she added. “But the judicial officials give all sorts of excuses for opposing medical leave.”

Maede Soltani criticized President Hassan Rouhani for not preventing the Intelligence Ministry, which operates under him, from abusing citizens’ rights.

“Mr. Rouhani has said some slogans in defense of citizens’ rights, but that has made no difference in the Intelligence Ministry’s decisions or else my father, who happens to be a defender of citizens’ rights and freedoms, would not be sitting in prison,” she said. “I believe the Intelligence Ministry is still being run by the same gang who took away my father’s freedom.”

Signed by Rouhani in December 2016, six months before he ran for re-election, the Charter on Citizens’ Rights defends civil rights over and above the Constitution, but the Rouhani government implemented it without a path to implementation.