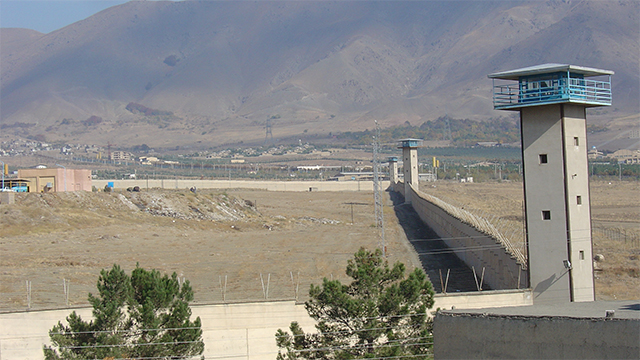 August 30, 2017—The medical condition of more than a dozen political prisoners at Iran’s Rajaee Shar Prison, who have been on prolonged hunger strike to protest the inhumane conditions of their incarceration, is deteriorating rapidly, yet judicial and prison officials are neither providing proper medical treatment nor addressing the strikers’ demands for humane conditions at the prison.

The Center for Human Rights in Iran(CHRI) calls on the judiciary, who has authority over the country’s State Prison Organization, to immediately provide full and proper medical treatment to these prisoners and to address their lawful demands for humane treatment at the prison.

To date, the Iranian authorities’ response to the growing crisis has been dismissive. Tehran Prosecutor Abbas Jafari Dowlatabadi said on August 23, “To those prisoners who resort to hunger strikes and other actions, we say these methods have been defeated…. The judicial system will not surrender to their threats…. Prisoners must endure their punishment to the fullest.”

“The Iranian’s judiciary’s denial of these political prisoners’ legitimate demands may cost the lives of prisoners who have no other way to attract attention to the inhumane conditions at the prison,” said Hadi Ghaemi, executive director of CHRI.

“The judiciary’s response to date is a complete abrogation of their responsibility for the prisoners’ lives,” added Ghaemi.

The parents of two political prisoners on hunger strike have expressed grave concern about their condition and treatment inside Rajaee Shahr Prison, where some of the more than a dozen inmates have been on hunger strike for nearly a month.

“He’s not good after almost 30 days on hunger strike,” said Zahra Eghdami, the mother of Jafar (Shahin) Eghdami, in an interview with CHRI on August 27, 2017.

“When I visited my son on Wednesday (August 23),” she added, “he could hardly stand on his feet or walk. They don’t have a decent clinic there and because of that many of the families are worried what might happen but no one is doing anything about it wherever we complain.”

Jafar Eghdami, who has less than one year left of his 10-year prison sentence for peaceful political activities, is one of 15 to 20 political prisoners and prisoners of conscience who have been refusing food after the unannounced transfer of more than 50 inmates from Ward 12 to the security-enhanced Ward 10 on July 30, 2017.

The hunger strikers are demanding the return of vital medications and other personal belongings left behind during the transfer, and protesting the additional security cameras, listening devices and poor ventilation in their new quarters.

Zahra Eghdami told CHRI that her son had been sent to solitary confinement for 10 days as punishment for going on a hunger strike but he had refused to end his protest.

“They sent my son to prison for no reason and he has been serving his time but they can’t stop harassing him,” the 60-year-old mother said. “One day they move them and take away their belongings, then on another day they cut off visitations. Every day they are harassing them. They do nothing but endanger the prisoners’ lives. Let them finish the prison term imposed on them and stop bothering them.”

Jafar Eghdami was arrested on August 29, 2008 during a gathering at Khavaran Cemetery in south Tehran to commemorate victims of the 1988 mass political executions. He was initially sentenced to five years in prison by Judge Mohammad Moghisseh of Branch 28 of the Revolutionary Court, but his sentence was doubled on appeal when the prosecutor demanded a heavier punishment.

Mohammad Asadi, the father of Majid Asadi, another political prisoner on hunger strike at Rajaee Shahr, told CHRI that the authorities were not responding to pleas from the families to check on the hunger strikers’ condition or paying attention to their demands.

“We, the families, have gone to every office in the prison system but nobody listened,” Mohammad Asadi said. “The Tehran prosecutor’s office said they are not in charge and they told us to go to the Prisons Organization but over there they told us that the Rajaee Shahr officials are responsible.”

A former student activist, Majid Asadi was arrested in February 2017 without a warrant by Intelligence Ministry agents at his home in Karaj. He has been charged for acting against national security but no trial date has been set, according to his father.

“Iran is obligated under Iranian and international law to provide full medical treatment and humane conditions to all prisoners,” said Ghaemi. “They can either continue to pass the buck around to different bureaucracies inside the country or immediately address this life-threatening situation and be accountable to the prisoners under their care.”