April 14, 2017–The candidacy in Iran’s upcoming presidential election of Ebrahim Raisi, who played a leading role in crimes against humanity during the 1980s, is a serious setback for a country striving to rejoin the international community.

In 1988, Raisi was part of a four-man commission that implemented the extrajudicial executions of thousands of political prisoners. Current President Hassan Rouhani, Raisi, and the former President Mahmoud Ahmadinejad are considered at present to be the most serious contenders for the presidency, which will be decided in Iran’s elections on May 19.

“A man who should be on trial for the most heinous crime in contemporary Iranian history, is instead seeking the presidency,” said Hadi Ghaemi, the executive director of the Center for Human Rights in Iran (CHRI).

“Allowing him to run for president is yet another grievous wound for the families who unjustly lost their loved ones in 1988,” he added.

Thousands of political prisoners were executed in Iran that year after facing what came to be known as the “death committee,” which decided whether the prisoners would live or die based on their perceived loyalty to the Islamic Republic.

The victims, who had already been tried and were serving prison sentences, did not know they were facing death when they then faced the inquisition-like proceedings conducted by the committee.

At that time, Grand Ayatollah Hossein Ali Montazeri, who was the heir apparent to the Islamic Republic’s supreme leader, Ayatollah Khomeini, condemned the killings, telling members of the committee: “I believe this is the greatest crime committed in the Islamic Republic since the [1979] revolution and history will condemn us for it…. History will write you down as criminals.”

Montazeri’s son, Ahmad, released the taped recording of that conversation in an audio file posted online in August 2016, bringing the massacre to the forefront of public memory.

The dissent of Montazeri, who until that point was being groomed to become Iran’s second supreme leader, paved the way for his removal from his post. Despite being put under house arrest from 1997-2003, he continued his criticism of the executions until his death in 2009.

To date, no official has been held accountable for their role in the mass executions.

After serving on the “death committee,” Raisi went on to serve in senior judicial positions, and currently heads Astan Quds Razavi, one of Iran’s wealthiest religious institutions that effectively functions as a major business conglomerate.

In a statement posted on his website on April 9, Raisi said he wanted to rectify the “wrong culture in the management of the country” as president.

“We can save the country from impending crises and restore peace of mind to the public by simply transforming the administration of the executive branch and recruit strong and trustworthy managers,” he added.

In an interview with CHRI, Montazeri’s son, Ahmad, criticized Raisi’s decision to run and said he had more audio files in his possession.

“If any of the candidates had attacked a person with a knife, he would have had a criminal record and would not get clearance from the authorities, never mind Mr. Raisi, whose record is very clear,” he said.

“When the conditions are right and the people in charge of the country are more tolerant, the rest of the audio files will be published,” he added. “Already a lot of transparency has been achieved (with the release of the first file).”

In August 2016, Ahmad Montazeri was sentenced to six years in prison for releasing the audio file of his father’s condemnation of the commission. The Intelligence Ministry also tried to suppress and confiscate the recordings.

“When I was being interrogated, the Intelligence Ministry agents demanded all the files be handed over,” he added. “I told them, and replied in writing, that the files are not about me or my personal property.”

“They belong to the entire Montazeri family and indeed to the history of our country,” he said. “I cannot hand them over.”

Ahmad Montazeri was detained on February 21, 2017 to begin serving the sentence, but was granted furlough (temporary leave) and released the next day.

“The executed victim’s families who have requested a public investigation into the atrocities of 1988 or simply tried to find out where their loved ones were buried have been harassed and even arrested,” said Ghaemi.

“Instead of punishing the victims, and attempting to silence Ahmad Montazeri, all the files should be publicly released and everyone who enabled the executions, including Raisi, should be publicly investigated and held accountable,” he added. 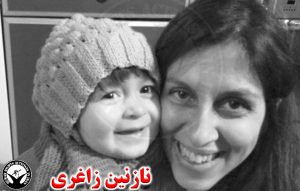 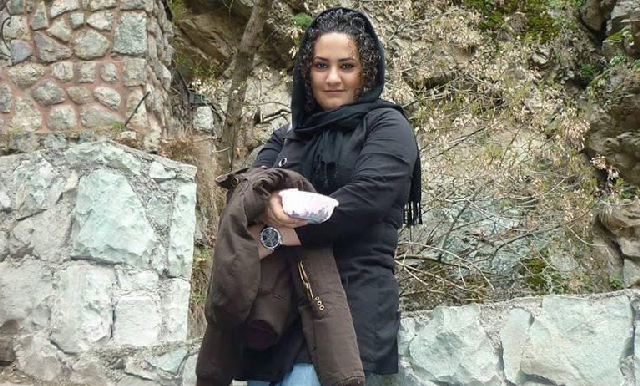