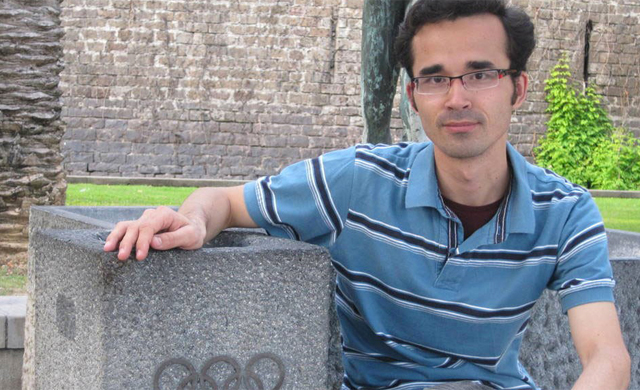 On Wednesday (May 25, 2016) Kokabee was transferred from the hospital to his family home in Tehran where he will be continuing to receive treatment for the next two weeks. While in hospital, surgeons had to remove his right kidney because of an advanced cancerous tumor.

The advanced stage of his cancer was a direct result of years of denied and insufficient medical care while in prison in Iran. Political prisoners are frequently denied proper medical treatment in the Islamic Republic.

“The medical leave can be extended every week, possibly for a period of one to three months,” the source added. “We hope it will continue until Omid’s full recovery.”

Kokabee, 34, is serving a 10-year prison sentence for “contact with enemy states.” He was a post-doctoral student in physics at the University of Texas at Austin visiting his family in Iran when he was arrested on January 30, 2011, at Tehran’s Imam Khomeini Airport on his way back to the U.S. to continue his studies.

In a letter from prison, Omid Kokabee wrote that he is being punished for refusing an offer to work on a military project for the Islamic Republic.

Kokabee’s lawyer, Saeed Khalili, had repeatedly requested his release on medical grounds based on Article 502 of Iran’s Criminal Code which allows prisoners to receive treatment outside prison for emergencies.

Article 502 states: “If a prisoner is suffering from physical or mental illness and his imprisonment would make his illness worse or delay his recovery, the judge can postpone the sentence being served until the prisoner regains his health after consultation with his physician.”