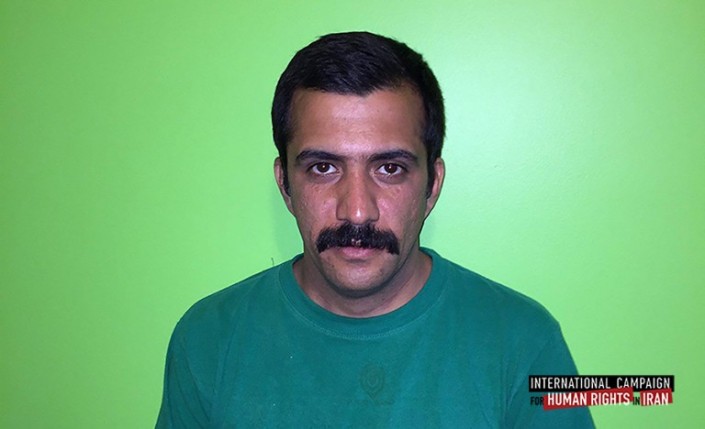 New details about the case of Iranian-British translator Bahman Daroshafaei, who was arrested this week at his Tehran home during a historic visit by Iran’s foreign minister to the UK, suggest his detainment may be a politically motivated move by hardliners to thwart better relations with the UK.

Upon returning to Iran in 2014, Daroshafaei, a former BBC Persian reporter, had been repeatedly interrogated by Iran’s Intelligence Ministry, a source close to the case told the International Campaign for Human Rights in Iran. The interrogations, which occurred dozens of times over the first few months after Daroshafaei returned to Iran, never led to his arrest.

But Daroshafaei’s arrest on February 3, 2016, which came on the heels of the Iranian foreign minister’s trip to London—the first high-level visit in 12 years—has led to speculation that the hardline Intelligence Organization of Iran’s Revolutionary Guard, which has been deeply opposed to the moderate government of Hassan Rouhani, may have detained Daroshafaei in protest against what they perceive as warming relations between Iran and the UK.

When asked about the arrest of the journalist, Foreign Minister Mohammad Javad Zarif, who is currently in London to attend a conference on the Syrian conflict, claimed he had not been informed about the case.

“I read about this journalist as I arrived in the UK, so I don’t know about him, or what happened,” Zarif said at an event held at the British Parliament.

“You know we have independent judiciary, which insists on its independence,” he added.

The source told the Campaign that Zarif’s apparent lack of knowledge of the case suggests that the Revolutionary Guard’s (IRGC) Intelligence Organization, which operates parallel to the Intelligence Ministry but does not report to President Rouhani, is responsible for Daroshafaei’s arrest.

“Bahman was repeatedly told during interrogations that if the Intelligence Ministry [which is under the authority of President Rouhani], did not interrogate him, the IRGC would come after him,” said the source.

Daroshafaei was arrested under a warrant issued by Branch 2 of the Evin Prison Courts, which is known for imprisoning political prisoners. The arresting agents did not say which security organization they represented and did not specify where they would be taking him, according to the Campaign’s source.

Daroshafaei Stayed in Iran Despite Interrogations

After several years’ residence in London, Daroshafaei returned to Iran in 2014 to be near his family. Upon his return, agents from the Intelligence Ministry interrogated him dozens of times.

Because Daroshafaei had worked for the British Broadcasting Corporation’s (BBC) Persian Service (banned in Iran) during his residency in the UK, most of his interrogations were focused on who worked for the network and how it was managed. The Intelligence Ministry’s interrogators were specifically interested in learning about the media organization’s operations and management style, as well as seeking the names of its most influential staff.

Despite continued interrogations by the Intelligence Ministry, Darolshafaei chose to stay in Iran even though that meant effectively giving up his journalism career as his repeated interrogations and history working for BBC Persian meant he was effectively unemployable as a journalist in Iran. Since relocating to Tehran, Daroshafaei only traveled abroad once to visit with friends in Canada and the US, returning home in less than a month.

Daroshafaei’s email and Facebook accounts were hacked on January 2, 2016, and the hacker(s) demanded money to keep his private information secret, but he ignored the threats, a source told the Campaign on February 3, 2016.

Over the past five years, there have been frequent reports about the harassment of the BBC Persian Service’s employees and their family members by the Revolutionary Guard’s Intelligence Organization.

Daroshafaei, a respected former reporter, is the latest victim of routine harassment and restrictionsimposed by Iranian security organizations against domestic and foreign media workers. He has never reported on his interrogations or the harassment.

In addition to previously working for the BBC Persian Service and reformist media outlets in Iran, including Chelcheragh magazine and the Shargh and Etemad Melli newspapers, Daroshafaei has translated and published several books.