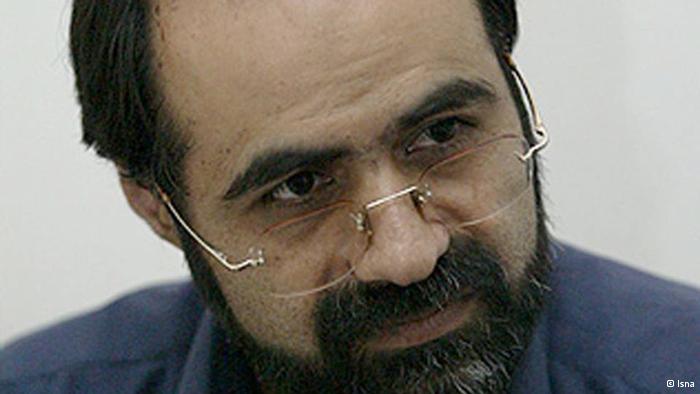 Imprisoned journalist Saeed Razavi Faghih has been threatened with retribution for writing letters complaining about abuse inside Rajaee Shahr Prison and could be facing new trumped-up charges.

“About a month ago one of the prison authorities threatened my brother and some other prisoners that he would teach them a good lesson for writing letters of protest from inside prison. The fact is that they are being warned. This is the most frustrating situation for a prisoner, especially one who’s sick,” said Massoud Razavai Faghih.

Speaking to the International Campaign for Human Rights in Iran, Massoud added that the stressful atmosphere inside prison had exacerbated his brother’s poor health, which has deteriorated since his heart bypass surgery in January 2015. In November 2015, Saeed and another inmate were knifed in the face while trying to mediate a dispute with other prisoners.

“The head of Imam Khomeini Hospital and the heart specialists there have said that prison conditions are like poison for Saeed. If something happens to him [and he dies], I will consider it murder and it’s very clear who will be responsible,” Massoud Razavi Faghih added.

Saeed Razavai Faghih, a journalist who wrote for several reformist publications and former student activist who is now serving his second consecutive prison sentence, may now have to stay there yet longer.

“Judge Salavati’s secretary told me that my brother is facing a new charge. I asked him what was it about and he only said it’s because of Saeed’s ‘criminal behavior’ and he and his lawyer will be notified soon,” Massoud Razavai Faghih told the Campaign.

“To us, that says a lot. They’re trying to tell us that we should not expect Saeed released from prison after his three-and-one-half-year sentence is over. Just like when they imposed a new sentence on him after he completed his previous one-year sentence.”

Saeed Razavi Faghih was arrested on March 5, 2014 and spent a year in prison for “propaganda against the state” in connection with the 2009 Green Movement. That movement arose in protest after the widely disputed 2009 presidential election in Iran and the violent state crackdown that followed; anyone associated with the Green Movement is still considered and openly referred to as a “seditionist” in Iran.

At the end of his prison term in March 2015, Saeed Razavi Faghih was kept in prison and accused of new charges. In September 2015, he was sentenced to three-and-a-half years in prison for “insulting the Leader and the Assembly of Experts” and “propaganda against the state” for several speeches he gave and articles he wrote that were critical of government policy.