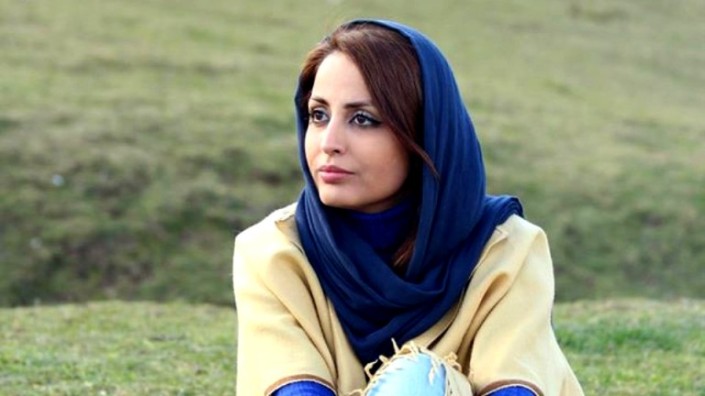 The poet Hila Sedighi, who was arrested and held for two days amidst an intensifying crackdown on independent artistic and cultural figures in Iran, has posted a description of her 48-hour detention on her Facebook page,  stating that she was watched throughout her detention “as if they were watching a murderer.”

On Thursday night, January 7, 2016, Sedighi was taken into custody at Imam Khomeini International Airport upon return from a trip with her husband to the United Arab Emirates.

“The first night after my detention, I was held in solitary confinement at the airport’s detention center. For the second night, I was in Shapour Detention Center. It’s famous for being the most horrific and dangerous place for prisoners. I was in a four-square-meter room alongside eight dangerous prisoners. (Dangerous is a common term for these individuals but they are still human beings with rights and I am worried about their fate.) Their treatment was worse and more heinous than you could imagine. The situation there is so bad that at first the Shapour Police Investigative Unit refused to admit me into the facility,” Sedighi wrote. “They transferred me in the city in a cage, and I was watched like a criminal,” she added.

She confirmed earlier reports that her arrest was in connection with a new case “which was tried in my absence; I don’t know why. For now I’m out on bail. I’m going to file a complaint so I can defend myself.”

Sedighi rose to fame by reciting poems in public gatherings in support of the democratic protest movement that followed the controversial 2009 presidential election in which many questioned the victory of Mahmoud Ahmadinejad. She worked for the presidential campaign of reformist candidate Mir Hossein Mousavi in that election.  In 2012, Sedighi was awarded the Hellman/Hammett prize forfree expression.

Sedighi had been sentenced to four months in prison – suspended for five years – by a Revolutionary Court on August 16, 2011. But her latest arrest was in connection with a case decided in absentia by a court set up by the Judiciary to try culture and media-related violations.

“My arrest warrant was issued by the Culture and Media Court, but those who arrested me did not have any information about the charges against me. I think those who are charged in cultural cases should be defined differently,” Sedighi wrote on her Facebook page.

Several other poets have been arrested and given heavy sentences in recent months. Fatemeh Ekhtesari and Mehdi Moosavi were given sentences of nine and eleven years in prison respectively, and 99 lashes each. Yaghma Golrouee and Mohamadreza Haj Rostambegloo were also arrested; they were released on bail and are awaiting trial.

The persecution of poets comes amidst a broader crackdown by hardliners against independent artists and cultural figures in Iran. Writers, artists, filmmakers, and musicians have been prosecuted as hardliners seek to dominate the domestic sphere in the run up to the February 2016 Parliamentary elections in Iran.